The basic principle of human formation is to be found in Pastores dabo vobis, no. 43: “the human personality of the priest is to be a bridge and not an obstacle for others in their meeting with Jesus Christ the Redeemer of the human race. As the humanity of the Word made flesh was the instrumentum salutis, so the humanity of the priest is instrumental in mediating the redemptive gifts of Christ to people today.” As Pastores dabo vobis also emphasizes, human formation is the “necessary foundation” of priestly formation.

Spiritual formation is directed at nourishing and sustaining communion with God and with our brothers and sisters, in the friendship of Jesus the Good Shepherd, and with an attitude of docility to the Holy Spirit. This intimate relationship forms the heart of the seminarian, with generous and sacrificial love that marks the beginning of pastoral charity. The heart of spiritual formation is personal union with Christ, which is born of, and nourished in, prayer.  prayer, listening to the Word, devout participation in the sacraments, in the liturgy and in community life, the seminarian fortifies his personal union with God after the example of Christ, who had, as His program of life, to do the will of His Father.

In the College Seminary, students follow a double course of intellectual formation. They first pursue the liberal arts, through which they acquire a sense of the great human questions contained in the arts and sciences. They synthesize and organize their study of the liberal arts through the study of philosophy, which also serves as a preparation for the study of theology. This twofold college program also initiates students to the study of theology that will, of course, be pursued in greater depth in the theologate.

“The whole formation imparted to candidates for the priesthood aims at preparing them to enter into communion with the charity of Christ the Good Shepherd. Hence, their formation in its different aspects must have a fundamentally pastoral character” (Pastores dabo vobis, no. 57). In virtue of the grace of Holy Orders, a priest stands and acts in the community in the name and person of Jesus Christ. This sacramental character needs to be completed by the personal and pastoral formation of the priest, who appropriates “the mind of Christ”, effectively communicating the mysteries of faith through his human personality as a bridge, through his personal witness of faith rooted in his spiritual life, and through his knowledge of faith. These elements of formation converge in pastoral formation.

Program of Priestly Formation by USCCB

The life of a seminarian is filled with time for prayer, study, service, and developing bonds of fraternity. Monthly meetings with spiritual directors and priest mentors are part of the program, as well as annual retreats and days of recollection.

The Eucharist is not only the source and summit of Christian life, but also seminary life. The Holy Sacrifice of the Mass is offered daily, and every member of the community ordinarily participates. We strive to preserve the authentic sense of the holy mysteries of the liturgy, with a care for their beauty and dignity. Participation in the daily celebration of the Eucharist, which naturally flows into Eucharistic adoration, permeates the life of our seminary so that a constant union with the Lord may mature.

Liturgy of the Hours

The Liturgy of the Hours cannot be lacking in the prayer life of a priest, and is a true “school of prayer” for seminarians too. Through daily praying with the Psalms, and becoming gradually accustomed to the prayer of the Church through the Divine Office, our seminarians learn to taste its richness and beauty.

The Sacrament of Reconciliation

The sacrament of Penance is offered regularly and frequently. Our seminarians are encouraged to make a daily examination of conscience so that they may recognize, with humility, their own sins and limitations, and even more so the joy of feeling loved and forgiven by the Lord. 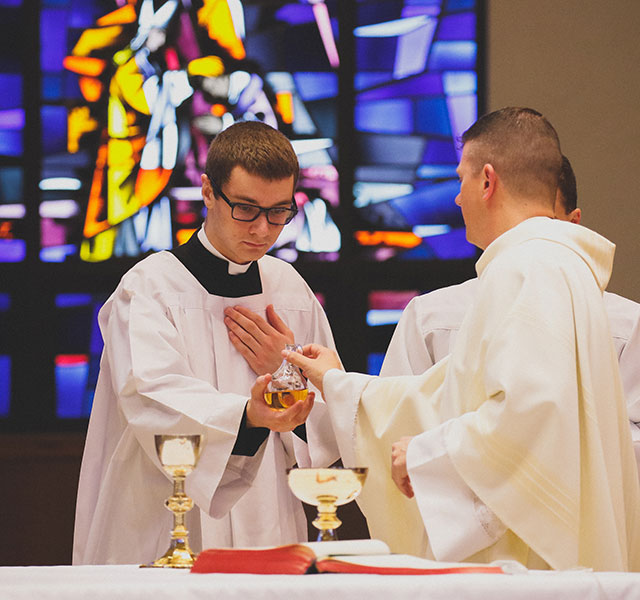 Our college students follow a double course of intellectual formation. They first pursue the liberal arts, through which they acquire a sense of the great human questions contained in the arts and sciences. They synthesize and organize their study of the liberal arts through the study of philosophy, which also serves as a preparation for the study of theology.

Cathedral Seminary also prepares seminarians who have completed college but lack the philosophical and theological background and other areas necessary to pursue graduate-level theology. The study of philosophy is central to the academic formation of all pre-theology programs.

Literature, Languages and The Arts

All our seminarians are immersed in the Catholic treasury of literature and the arts. Education in rhetoric and communications as well as language study in Spanish and the classical languages is also a part of the curriculum for all seminarians. 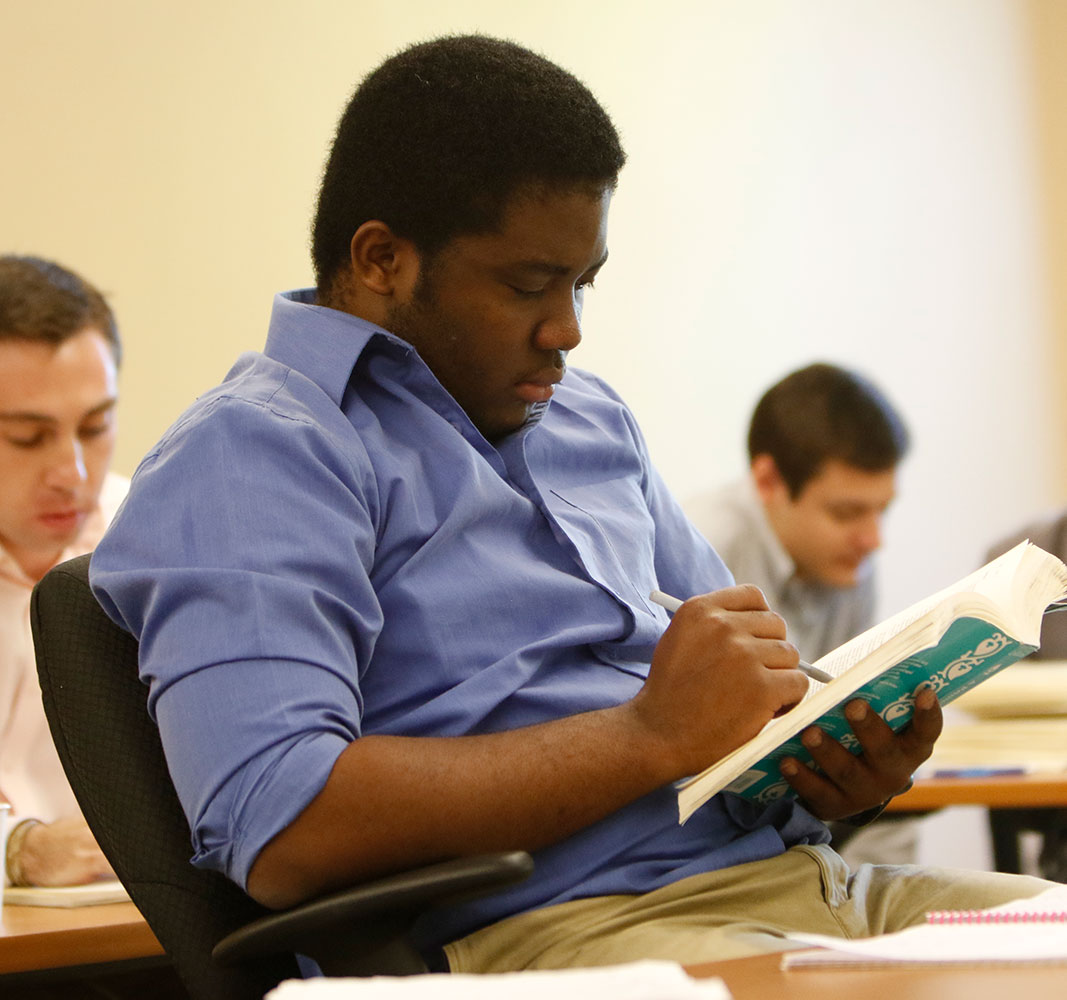 Our program introduces seminarians, perhaps for the first time, to pastoral activity. Seminarians are directed by qualified supervisors who are able to provide orientation to pastoral activity, basic skill development, and the beginnings of theological reflection. They are encouraged to understand the relationship of their apostolic activity to their personal, spiritual, and academic formation, as well as their ongoing discernment of a priestly vocation.

Pastoral opportunities include outreach to the homeless and hungry, care of the aged and infirm, and mentoring and evangelization to high school students. 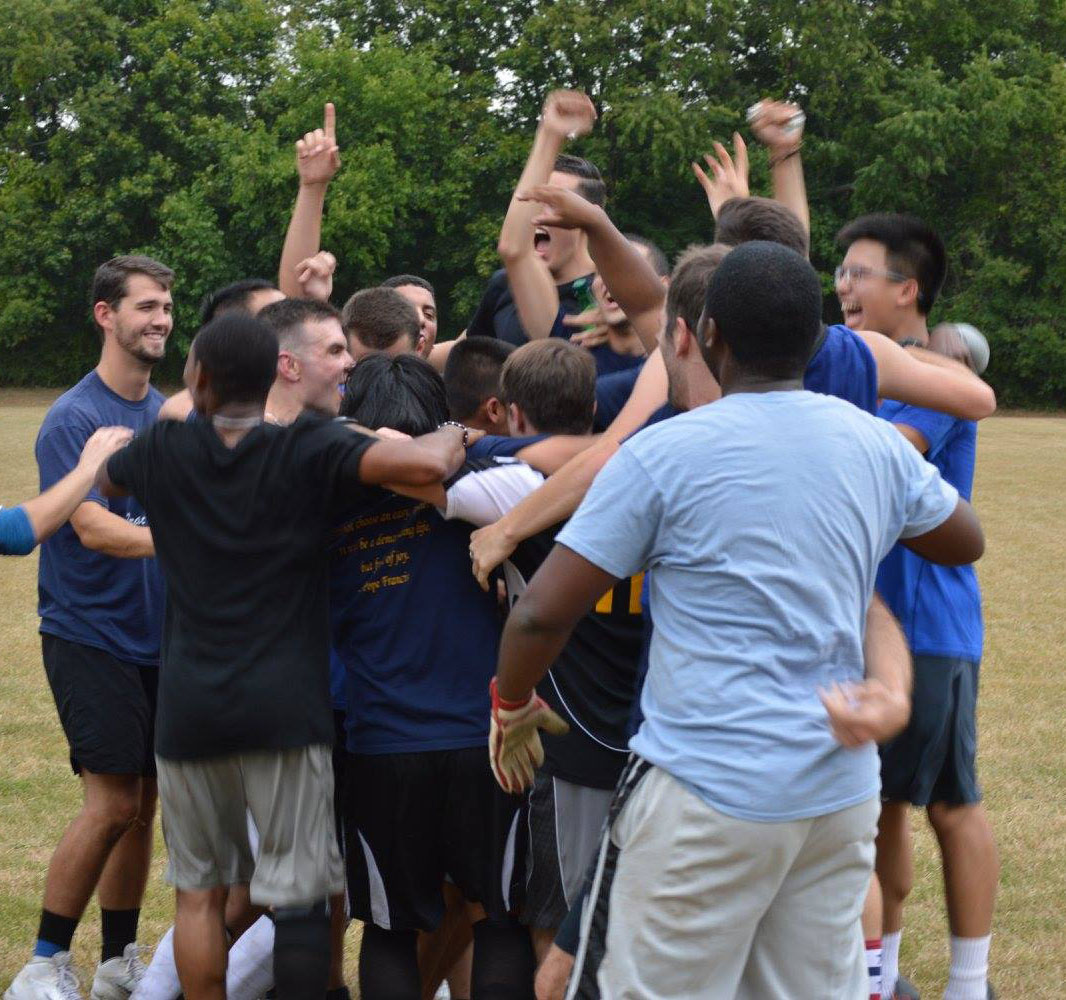 Priestly formation occurs in the context of a community, whether as a seminary or a house of formation. It is, “a continuation in the Church of the apostolic community gathered about Jesus,” in which men are called to the formation offered to the Twelve by Christ, which we call the priesthood today. Our seminary is a school of human virtue, growth in honesty, integrity, intellectual rigor, hard work, and tolerance, where the common good is built with solidarity and discipline—all leavened by humor and healthy enjoyment.

At Cathedral Seminary House of Formation, fraternity is encouraged through prayer groups, house jobs that allow seminarians to be responsible to and for their brothers, sports and social activities, and meals. 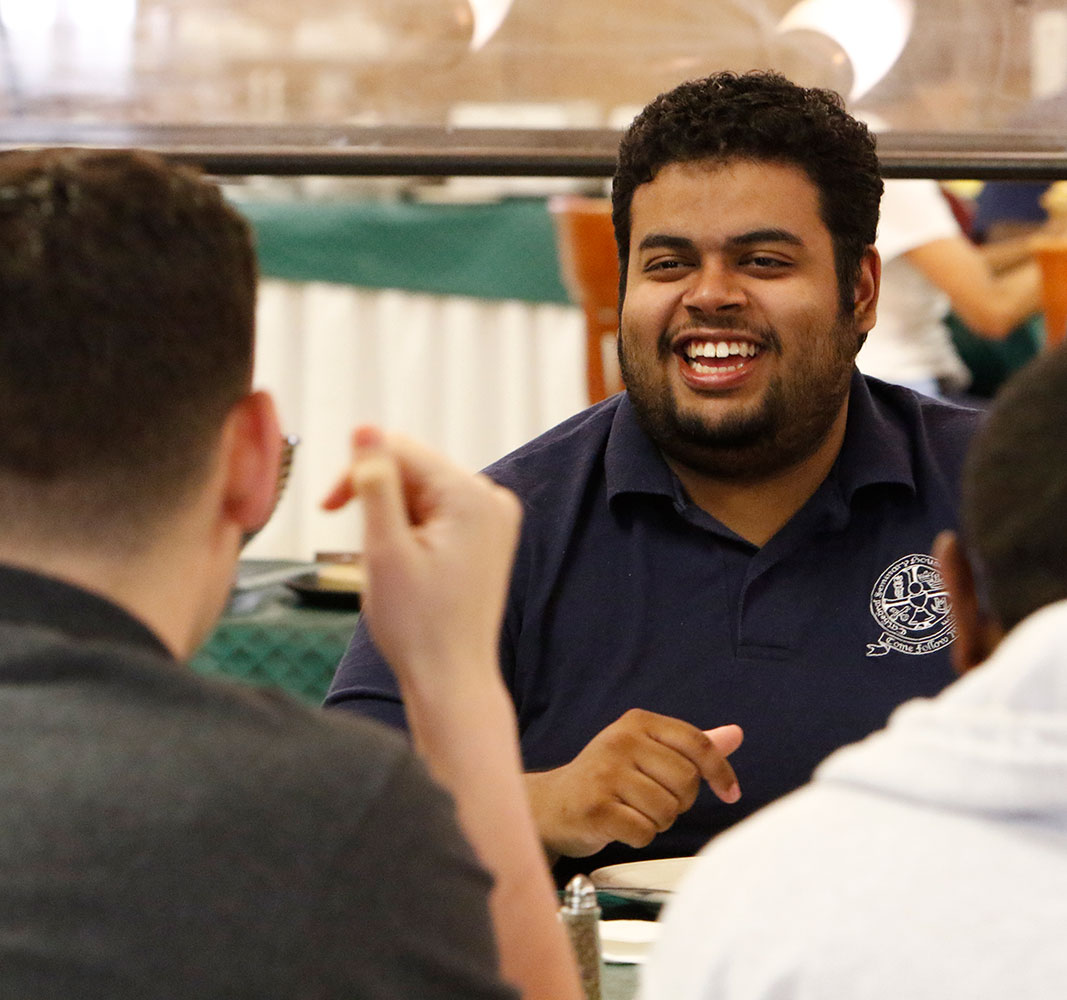 “If there is any excellence and if there is anything worthy of praise, keep on doing the things that you have learned and received, and the God of peace will be with you.”